Who is driving the narrative and why? I have been saying for years: show me the numbers and let me interpret them. Too many journalists and politicians want you to take their narrative at face value; I’m sorry but that is not an intelligent decision any more. mrossol

“I’m not going to arm wrestle with the administration about where to put you,” Dr. C., a highly skilled gastroenterologist, said gently to my friend who was in bed in a triage room in the ER. “We just want to get you into a bed so we can figure out what’s wrong and get you treated.”

We were at our small town’s hospital. No one was sure why, but my friend had not been able to keep anything more than a handful of raspberries down since a complicated surgery for a chronic health condition three weeks before. Dehydrated and unable to eat, my friend had been violently vomiting after taking just a sip of water or sucking on an ice chip, and had lost nearly twenty-five pounds.

I was by my husband’s side when he had a gallbladder attack so severe that it left his hands shaking. I’ve had three unmedicated childbirths and attended many more, both as a journalist and a patient advocate. Still, I’ve never seen a human in so much pain.

Diagnosed with a Pancreas Disorder, Admitted as a COVID Patient

After a battery of testing, my friend was diagnosed with pancreatitis. But it was easier for the hospital bureaucracy to register the admission as a COVID case.

Let me explain. This patient had none of the classic symptoms of COVID: No shortness of breath, no fever, no chills, no congestion, no loss of sense of smell or taste, no neurological issues. The only COVID symptoms my friend had were nausea and fatigue, which could also be explained by the surgery. However, nearly three weeks earlier, a COVID test had come back positive.

The mainstream media is reporting that severe COVID cases are mainly among unvaccinated people. An Associated Press headline from June 29 reads: “Nearly all COVID deaths in US are now among unvaccinated.” Another, from the same date: “Vast majority of ICU patients with COVID-19 are unvaccinated, ABC News survey finds.”

Is that what’s really going on? It’s certainly not the case in Israel, the first country to fully vaccinate a majority of its citizens against the virus. Now it has one of the highest daily infection rates and the majority of people catching the virus (77 percent to 83 percent, depending on age) are already vaccinated, according to data collected by the Israeli government.

After carefully reviewing the available data, including the safety and efficacy profiles of the mRNA vaccines, my friend had taken a cautious approach. Though a medical doctor who gives vaccines in the office every day, my friend opted to wait and see. According to WebMD, a “huge number” of frontline hospital workers have also chosen not to get the vaccine. Indeed, various news reports, from California to New York, confirm that up to 40 percent of health care workers have decided the risks of the vaccines do not outweigh the benefits.

After admission, I spoke to the nurse on the COVID ward. She was suited up in a plastic yellow disposable gown, teal gloves, and two masks underneath a recirculating personal respiratory system that buzzed so loudly she could barely hear. The nurse told me that she had gotten both vaccines but she was feeling worried: “Two thirds of my patients are fully vaccinated,” she said. 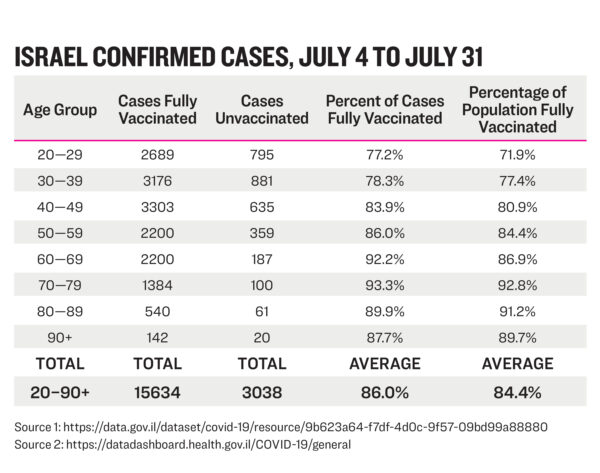 How can there be such a disconnect between what the COVID ward nurse told me and the mainstream media reports? For one thing, it is very hard to get any kind of accuracy when it comes to actual numbers. In fact, the Centers for Disease Control and Prevention (CDC) have publicly acknowledged that they do not have accurate data.

As reported by the Associated Press, “The CDC itself has not estimated what percentage of hospitalizations and deaths are in fully vaccinated people, citing limitations in the data.”

At the same time, data collection is done on a state by state basis. In most states, a person is only considered fully vaccinated fourteen days after they have had the full series of the vaccine.

This means that anyone coming into an American hospital who has only had one dose, or who has had both vaccines but had the second one less than two weeks prior, will likely be counted as “unvaccinated.”

So when the South Carolina’s Department of Health and Environmental Control released a report about COVID severity on July 23, 2021, they reported higher morbidity and mortality rates in the “not fully vaccinated.” Are these people who have had one vaccine and gotten sick, two vaccines and gotten sick, or no vaccines at all? Without more details, it is impossible to know what is really going on.

“We don’t have accurate numbers,” insists Dr. James Neuenschwander, an expert on vaccine safety based in Ann Arbor, Michigan.

But what we do know, Neuenschwander says, is that the vaccines are not as effective as public health officials told us they would be. “This is a product that’s not doing what it’s supposed to do. It’s supposed to stop transmission of this virus and it’s not doing that.”

Then there is the problem of attributing severe illness and deaths from other causes to COVID, like in my friend’s case. Health authorities around the world have been doing this since the beginning of the COVID crisis. For example, a young man in Orange County, Florida who died in a motorcycle crash last summer was originally considered a COVID death by state health officials (after Fox News investigation the classification was changed.) And a middle-aged construction worker fell off a ladder in Croatia and was also counted as a death from COVID (whether having COVID played a role in his death is still unclear.)

To muddy the waters further, even people who test negative for COVID are sometimes counted as COVID deaths.

Consider the case of 26-year-old Matthew Irvin, a father of three from Yamhill County, Oregon. As reported by KGW8 News, Irvin went to the ER with stomach pain, nausea, and diarrhea on July 5, 2020. But instead of admitting him to the hospital, the doctors sent him home.

Five days later, on July 10, 2020, Irvin died. Though his COVID test came back negative two days after his death and his family told reporters and public health officials that no one Irvin had been around had any COVID symptoms, the medical examiner allegedly told the family that an autopsy was not necessary, listing his death as a coronavirus case. It took the Oregon Health Authority two and a half months to correct the mistake.

In an even more striking example of overcounting COVID deaths, a nursing home in New Jersey that only has 90 beds was wrongly reported as having 753 deaths from COVID. According to a spokesman, they had fewer than twenty deaths. In other words, the number of deaths was over-reported by 3,700 percent.

In countries with the highest numbers of vaccinated individuals, we are also seeing high numbers of infections. Iceland has one of the most vaccinated populations in the world (over 82 percent) and is reporting that 77 percent of new COVID cases are in fully vaccinated Icelanders, according to Ásthildur Knútsdóttir, Director General of the Ministry of Health.

According to news reports, over 85 percent of the Israeli adult population has been vaccinated. But a July report from Israel’s Ministry of Health found that Pfizer’s vaccine is only 39 percent effective. Though Israeli health officials are telling the public that the cases are more mild in vaccinated individuals, this upsurge in COVID cases and deaths is leading Israel’s prime minister to issue new restrictions.

Dr. Peter McCullough, an academic internist and cardiologist in practice in Dallas, Texas, says that a large number of people in the hospitals right now have, indeed, been fully vaccinated. “Fully vaccinated people are being hospitalized, and … 19 percent of them have died,” McCullough says. “This is not a crisis of the unvaccinated. That’s just a talking point. The vaccinated are participating in this.”

Other physicians are seeing the same thing. “In my practice multiple patients who are fully vaccinated have been admitted to local hospitals,” says Dr. Jeffrey I. Barke, a board-certified primary care physician based in Newport Beach, California. Barke believes part of the problem is exaggeration of the efficacy: “If the vaccine works so well, why are we now pushing a booster?” 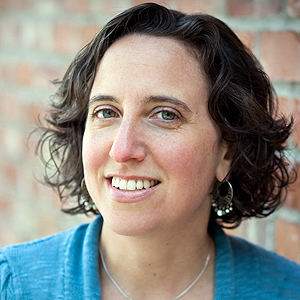 Jennifer Margulis
Jennifer Margulis, Ph.D., is an award-winning journalist and author of Your Baby, Your Way: Taking Charge of Your Pregnancy, Childbirth, and Parenting Decisions for a Happier, Healthier Family. A Fulbright awardee and mother of four, she has worked on a child survival campaign in West Africa, advocated for an end to child slavery in Pakistan on prime-time TV in France, and taught post-colonial literature to non-traditional students in inner-city Atlanta. Learn more about her at JenniferMargulis.net