This article was originally published on 10 April 2020

For Christians, this week is the most important of the year. And this year’s Holy Week is, around the world, unlike any other. With churches shut, and services either cancelled or streamed online from all-but empty buildings, people will have to find their own space for contemplation. And that goes for non-believers, and lapsed or non-practising Christians, as well as the unambiguously religious.

For my own part, whether I have been in or out of faith, this week has always presented the richest musical opportunities. And though we can’t gather together these days, we can at least swop sources online; so I thought I might share some of the music which for me makes up Holy Week, and which can be heard for free. It is a feast rich enough to fill the long weekend, if not a lifetime.

Normally in this week I would try to go to a performance of Bach’s St John or St Matthew Passion. I’ve heard some wonderful performances — and a few average ones — over the years, but in some ways the performance doesn’t matter because absolutely nothing can diminish the power of these works.

Of course, both have been recorded more times than can be counted. But this week I have been listening again, as I have most years, to a performance whose style is out of fashion, but which has an extra depth that never fails to move me.

This is the recording of the Matthew Passion broadcast on Dutch Radio on Palm Sunday 1939. The annual performance at the Concertgebouw in Amsterdam goes on to this day. But the conductor on this recording is the great Willem Mengelberg (1871-1951), who had been conducting the event since 1899.

While the circumstances of the performance should not overshadow the music, from the first bars of the opening chorus (“Kommt, ihr Töchter, helft mir klagen” / “Come you daughters, help me to lament”) there is a portentousness that makes you breathe differently for a moment. The performance is moving in so many ways, particularly because we now know what that audience — whose occasional coughs you can hear — were about to go through.

Naturally I would recommend listening to it all, but if you must skip, then wait until the end of the opening chorus, then move on to the great Dutch soprano Jo Vincent sing the aria ‘Aus Liebe will mein Heiland sterben’ (‘Out of love my saviour is willing to die’) which starts at 2:00:59. The whole performance is miraculously available on YouTube. Just listen to those repetitions of the words ‘Aus Liebe’, with those flute notes tumbling down.

Period recordings are always a fraught issue. And in general I listen to modern recordings. But sometimes a particular performance is the one you’ve been brought up with or heard first — or has some other quality which keeps it high above all others.

The Lamentations of Jeremiah by Thomas Tallis is one of the jewels of the Holy Week musical liturgy. There are several great recordings, but this one by the Deller Consort from 1958 is the one I listen to most often.

The voice of the countertenor Alfred Deller is not to everyone’s taste, and there are those weird gear-changes in his voice that a modern counter-tenor wouldn’t get away with. But he was a pioneer and it is the fragility of Deller’s voice soaring above the others that makes this recording so special. His voice sounds as though it is going to crack at any moment and in a way it is the sense of how nearly it could go wrong that makes it so clear that it is right.

The full Latin text (beginning “How doth the city sit solitary, that was full of people”) can be found online. For me the first rendition of “Jerusalem, Jerusalem, convertere ad Dominum Deum tuum” (“Jerusalem, Jerusalem, return unto the Lord thy God”) at about 7 mins in here, is the demonstration of Tallis’s — and Deller’s — greatness.

The Lamentations, Edward Bairstow — performed by the Choir of York Minster

Whilst we are on Lamentations, there is one other setting from the English choral tradition which I must flag up, because it is much less well known than the Tallis. This one from Edward Bairstow was composed in 1942. I had never heard the piece until I started attending the Good Friday service at St Paul’s Cathedral some years ago: a great service, during which the choir always sing Tallis’s Litany in procession, the Allegri Miserere and this piece from Bairstow.

This is a recording from York Minster, but you can imagine the effect of those organ chords each time the choir sings ‘Jerusalem’ in St Paul’s. It isn’t a masterpiece, but it is a magnificent setting of the words and there is something deeply moving about a piece written so firmly in the Anglican choral tradition.

One piece that most certainly is a masterpiece — and from a very different choral tradition — is this work by the sixteenth century Spanish composer Alonso Lobo. In my experience, Lobo is one of those composers who, whenever you hear anything by him, makes you immediately wonder why you don’t listen to him all the time. The recording of his magnificent ‘Versa est in luctum’ here is sung by the wonderful ensemble Tenebrae, and was recorded last year in the church of St Bartholomew the Great in London.

The Latin words have been set by many other composers, including Victoria. But I know no setting as intensely moving as this one.

[My harp is turned to grieving and my flute to the voice of those who weep.
Spare me, O Lord, for my days are as nothing.]

Incidentally, some people may know the setting of the last of these words by the slightly earlier Spanish composer Cristobal de Morales. The Hilliard Ensemble made it famous again some years ago in a setting with saxophone improvisation on top, but the sparseness of the original saxophone-less version remains my favourite. Here it is courtesy of the Monteverdi Choir.

I could go on, of course. Anyone thinking I unfairly skirted over Victoria earlier might be placated by the fact that I don’t think any Holy Week should be gone through without at least one listen to his setting of ‘O vos omnes’ (the words are “O all you who walk by on the road, pay attention and see if there be any sorrow like my sorrow”). Any choristers reading will know that every phrase in this piece (especially ‘Attendite’) is as beautiful to sing as it is to hear.

Here is a recording (with score, for anyone who wants to sing along) by the Cambridge Singers.

Of course, all of these works are works of mourning and lamentation, composed to fit the dejection and desolation of the Holy Week story, leading up to the crucifixion on Good Friday. Easter Sunday of course changes everything, including the music. But that is to get ahead of ourselves. Perhaps I might finish this Holy Week playlist with a rather different final piece.

One of my favourite composers is Olivier Messiaen, the great expander of the organ repertoire, and one of the searing religious visionaries of the twentieth century. One piece of his which is worth turning the volume up on (especially if you have some good bass speakers) is this short work from 1932, ‘Apparition de l’Eglise éternelle’ (‘The apparition of the eternal church’).

I select it not just because it looks forward to what is to come, but because this recording (with score) was made on the great organ of Notre Dame in Paris. Perhaps one Easter soon it will be played in that great cathedral again. It will be very much in the spirit of the Easter story if it is.

As an addendum, I might just say: these are tough times for many musicians, like everybody else. Huge amounts of work have been lost. So if these recordings or others that have been made available on YouTube do appeal to you, please do buy the artists’ albums, or those of other groups, and think about booking tickets for their next concerts. We will get back the joy of hearing live music again.

These variations are one of my favorite as well. And Gould’s 1981 recording is wonderfully different from his 1955 youthful rendition.
========= 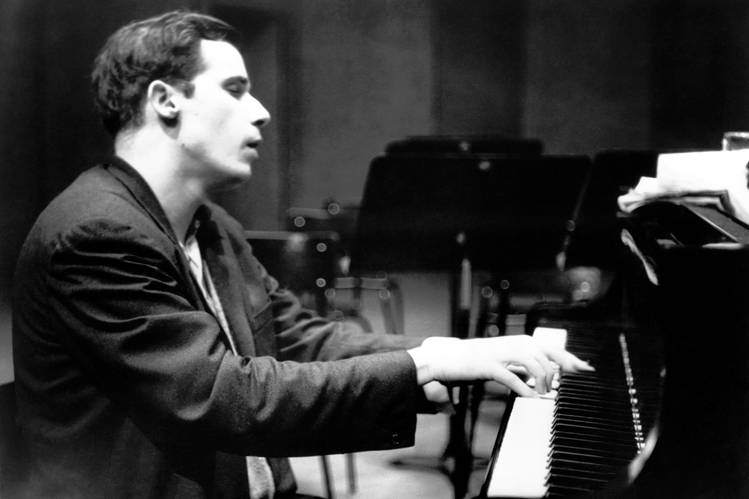 Karl Rove, 65, is a former senior adviser and deputy White House chief of staff, and the author of “The Triumph of William McKinley: Why the 1896 Election Still Matters” (Simon & Schuster). He spoke with Marc Myers.

When I was teenager, I was a big Bob Dylan fan. But as a young adult, music became less about nostalgia and more about letting me think and helping me focus.

Bach’s “ GOLDBERG VARIATIONS” does this neatly.

My first conscious exposure to the “Variations” came in 1983, when I was in my early 30s. I was vacationing with my father, Louis, in Santa Fe, N.M., and at the last minute, we scored tickets for the afternoon performance of the local chambermusic festival.

At the St. Francis Auditorium, Kenneth Cooper came out, and for the next hour and a half, he played the 30 “Variations” on the harpsichord. My father was a big fan of Wanda Landowska’s harpsichord recordings from the 1930s.

Dad knew a lot about music and had told me to listen for each variation’s emotional expression. Some of the variations were light and airy while others were technically difficult, with the artist having to cross hands on the keyboard.

“Variation 15” was a favorite of his and now mine. It’s one of three in a minor key, so naturally it’s melancholy and reflective, with a bit of anguish. The precision and beauty are remarkable. Soon after the concert, I bought the 1981 Glenn Gould piano recordings, which are on my playlist today.

The harpsichord is a bit fussy for me.

This isn’t end-of-day, wind-down music for me. I typically listen to the “Variations” when I’m at home working or on a plane trying to deal with the pressure of stuff. I find myself so involved in the play of the notes that all the tangled material on my mind is set aside and organizes itself.

Dad was a taciturn Midwesterner who was largely unemotional. Yet when I looked over at him that afternoon during the concert, he was weeping. It was the only time I had ever seen him cry.

It was a sweet moment.