William Tucker: Why I Still Support Nuclear Power, Even After Fukushima – WSJ.com.

The facts can be a hard sell, at times…

It’s not easy being a supporter of nuclear energy these days. The events in Japan have confirmed many of the critics’ worst predictions. We are way past Three Mile Island. It is not quite Chernobyl, but the possibilities of widespread radioactive contamination remain real.

Still, other energy technologies are not without risk. In 1944 a natural gas explosion in Cleveland leveled an entire neighborhood and killed 130 people. Yet we still pipe gas right into our homes. Coal mining killed 100,000 workers in the 20th century, and still kills an average of six a day in China, but we haven’t given up coal. A hydroelectric dam collapsed in Japan during the earthquake, wiping away 1,800 homes and killing an undetermined number of people, yet nobody has paid much attention.

But talk about the risks of other energy sources really doesn’t cut to the issue. The obvious question people are asking is, “Why do we have to mess with this nuclear stuff in the first place? Why do we have to risk these horrible accidents when other better technologies are available?” The answer is that there are no better alternatives available. If we are going to maintain our standard of living—or anything approximating it—without overwhelming the earth with pollution, we are going to have to master nuclear technology.

Consider: Uranium fuel rods sit in a reactor core for five years. During that time six ounces of their weight—six ounces!—will be completely transformed into energy. But the energy produced by that transformation will be enough to power a city the size of San Francisco for five years. 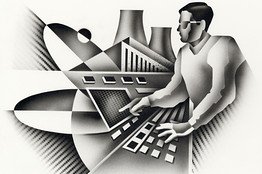 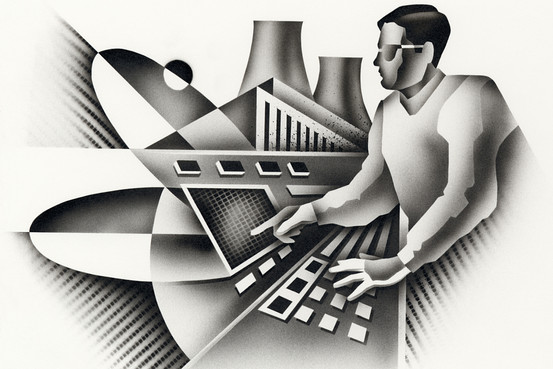 A coal plant must be fed by a 100-car freight train arriving every 30 hours. A nuclear reactor is refueled by a fleet of six trucks arriving once every two years. There are 283 coal mines in West Virginia and 449 in Kentucky. There are only 45 uranium mines in the entire world. Russia is offering to supply uranium to most of the developing world with the output from one mine. That is why the environmental impact of nuclear is infinitely smaller.

What about natural gas? Huge reservoirs of shale gas have been unlocked by hydrofracking. But “fracking” has been able to proceed so rapidly only because it has been exempted from federal regulations governing air and water pollution. Now that concern has arisen about damaged aquifers, natural gas production may slow as well.

So what about hydro, wind and solar? These energy sources will not bring about utopia. The only reason we don’t object to the environmental effects of these renewables is because we haven’t yet encountered them.

The amount of energy that can be derived from harnessing wind or water is about 15 orders of magnitude less than what can be derived from uranium. Thus a hydroelectric dam such as Hoover must back up a 250-square-mile reservoir (Lake Mead) in order to generate the same electricity produced by a reactor on one square mile.

Windmills require even more space, since air is less dense than water. Replacing just one of the two 1,000-megawatt reactors at Indian Point in Westchester County, N.Y., would require lining the Hudson River from New York to Albany with 45-story windmills one-quarter mile apart—and then they would generate electricity only about one-third of the time, when the wind is blowing.

Solar collectors must be built to the same scale. It would take 20 square miles of highly polished mirrors or photovoltaic cells to equal the output of one nuclear reactor—and then only when the sun shines. Such facilities may one day provide supplementary power or peaking output during hot summer afternoons, but they will never be able to supply the uninterrupted flow of electricity required by an industrial society.

It will be impossible to meet the consumer demands of a contemporary society without a reliable source of energy like nuclear. Other countries have already acknowledged this. There are 65 reactors under construction around the world (far safer and more advanced than the 30-year-old technology at Fukushima Daiichi), but none in the U.S.

The Russians’ sale of uranium to the world comes with an offer to take back the “nuclear waste” and reprocess it into more fuel, at a profit. The Chinese have commercialized their first Integral Fast Breeder, a reactor that can burn any kind of “waste” and promises unlimited quantities of cheap energy.

We have become the world’s predominant industrial power because our forebears were willing to take the risks and make the sacrifices necessary to develop new technologies—the steam engine, coal mining, electricity, automobiles, airplanes, electronics, space travel. If we are not willing to take this next set of risks, others will. Then the torch will be passed to another generation that is not our own and our children and grandchildren will live with the consequences.

As a former corn trader I once worked with has state: “They’ re stupid.”

It’s not often that states turn their back on money from Washington, but at least two states may say no thanks to federal grants to implement the new federal health-care law.

In February the federal Department of Health and Human Services selected seven states to get $240 million in demonstration grants this year to kick start the health-care plan. But Oklahoma Governor Mary Fallin announced last week that the Sooner State will decline $54.6 million from the feds to establish new insurance exchanges.

And as early as this week the New Hampshire state house is expected to pass a bill rejecting $666,000 the feds bequeathed to that state to start up exchanges. Two other grant recipients—Kansas and Wisconsin—may also turn down the funds as well as request Medicaid waivers to design their own health-care law for low-income residents.

Oklahoma faces a $500 million budget shortfall and at first accepted the federal health dollars. But Oklahoma citizens approved a ballot initiative last year to block implementation of the new law and its nearly 2,000 pages of rules and mandates. Oklahoma is also among the nearly 30 states that have filed a lawsuit challenging the law’s constitutionality. State officials fear that taking even one dollar of the money would run the risk of the federal government running health care in Oklahoma.

So now the Sooners are devising their own insurance plan to comply with the ObamaCare mandate that every state create an insurance exchange by 2013. The Oklahoma plan is to create an insurance “network” that would increase portability of private employer health plans, increase the range of choices of insurance coverage (including high deductible health-savings account plans), allow workers and small employers to use pre-tax dollars for health coverage, and subsidize the uninsured to purchase an insurance plan. “We think that by relying on markets, we can do this at a much lower cost to the state than the ObamaCare plan,” Governor Fallin says.

Republicans who control both houses in the New Hampshire legislature have reached the same conclusion. House Speaker William O’Brien wants to return the federal money to lower the federal deficit. That’s popular in the first Presidential primary state, where polls are finding that voters disapprove of the law by nearly a two to one margin.

Democratic Governor John Lynch may veto the bill, but the political trend shows that the President’s health reform is not getting any more popular with age, despite Democratic and media predictions. The states are concluding that the more they get to know about ObamaCare, the less they think they can afford it.

Consumed by today’s debates, we too often forget those who labored in the past to secure our current freedom. Two men who were right about the Cold War and the great debates of the 20th century—William Rusher and Igor Birman—recently died and deserve more notice than they’ve received.

Rusher, who died Saturday at age 87, was a conservative writer and the long-time publisher of National Review magazine in its heyday. Though less renowned than editor William F. Buckley Jr., Rusher played his own important role as ballast among the many sharp minds and large egos when that magazine was shaping modern conservative thought.

In the early 1960s, Rusher and others built the foundation for what became Barry Goldwater’s successful run for the Republican Presidential nomination in 1964. While Goldwater lost, his candidacy signaled the conservative ascendancy within the GOP that culminated in Ronald Reagan’s election in 1980.

Rusher wrote a successful syndicated column for 36 years in which he exhibited his fundamental optimism about America and its purposes—even through the dark days of reckless government expansion after 2008. Having once thought Reagan should mount a populist, third-party challenge to the GOP in the 1970s, Rusher and the tea party were kindred spirits. He had a deep faith in the ability of the American people to regain their bearings after a political mistake.

He was also a man of great personal dignity and superb taste who we recall once offering us the very good advice that, “The best restaurant is the restaurant that knows you best.”

Birman, who died on April 6 at age 82, was a Russian economist who emigrated to the U.S. in 1974 and predicted the collapse of the Soviet economy. Perhaps because he had served as a director of planning in Soviet factories, Birman had a profound distrust of Soviet statistics and believed its economy was smaller and could support far less nonmilitary consumption than nearly all Sovietologists in the West believed at the time.

An occasional contributor to this newspaper, Birman was especially critical of the CIA and most Western experts for trusting too much in Moscow’s official claims. For this apostasy, these Western elites ostracized and criticized Birman, saying that his views were by definition biased because he was an emigre.

That dismissal was unfair to Birman’s scholarship, but it also had profound implications for U.S. policy during the last decades of the Cold War. The flawed CIA judgment that the Soviet economy was nearly as large and as wealthy as America’s supported the view that the Soviet empire could never be defeated and so some kind of detente with Communism was inevitable.

Birman’s insight that the Soviet Union was far weaker than it seemed from its military prowess was implicitly adopted by Ronald Reagan when he famously predicted in 1982 that “freedom and democracy will leave Marxism and Leninism on the ash heap of history.” For that, Reagan was also reviled as a Cold War simpleton.

Birman stuck to his views and drew further scorn later that decade by predicting that Mikhail Gorbachev would lack the will to make the far-reaching economic reforms that were the only way to save the Soviet political system. As the world soon learned, Gorbachev’s economic reforms were too little and the Soviet Union collapsed.

In a 2003 essay, “The Failure of the American Sovietological Economics Profession,” John Howard Wilhelm recounted the debate between Birman and the CIA, concluding that “Given what has happened and what we now know, Birman clearly did get it right.”

That the deaths of both Birman and Rusher have been so little remarked is a reminder that the liberal establishment will forgive intellectual dissenters for being wrong, but it will never forgive them for being right.

If you haven’t thought about personal philosophy and war, you might want to spend some more time thinking.