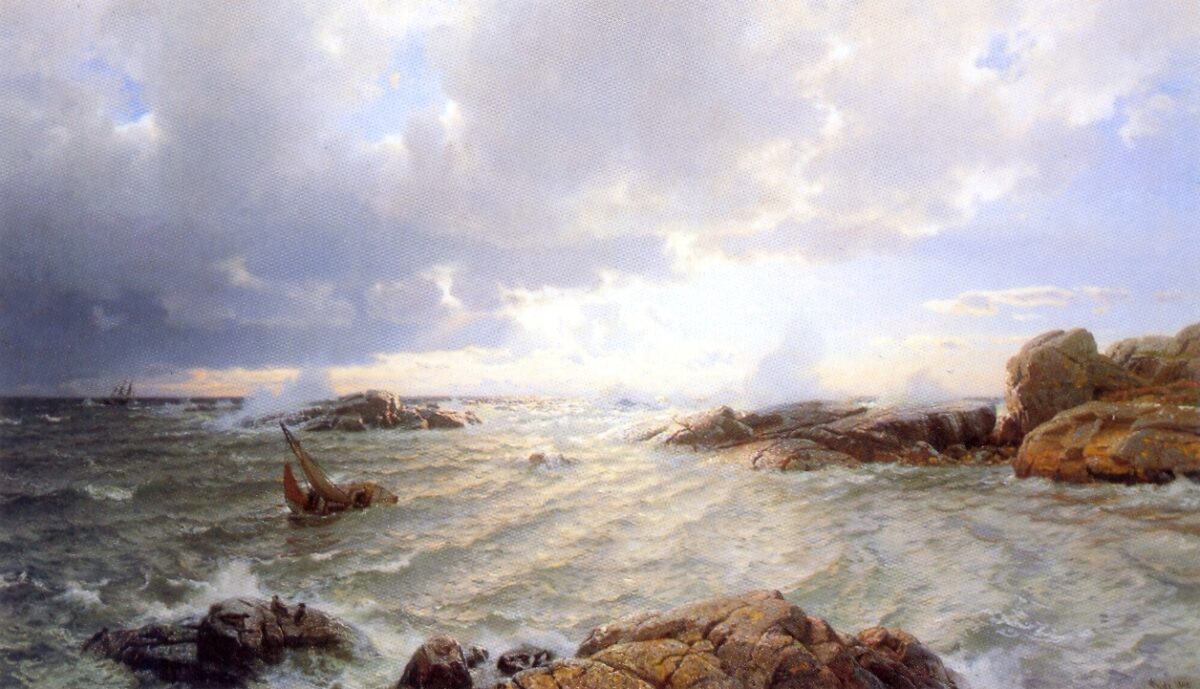 The New Year offers an apt opportunity to reflect upon life and work.

Life is full of refreshing cycles. Marked by a process of gradual growth and change, the movements of life can be beautiful.

They are also purposeful. Whether you have celebrated many or few New Years, there is much to learn by persevering in hard work and thoughtful examination.

It’s easy to take the daily cycles of life for granted. People perform them so many times. We eat, drink, sleep, and wake. Yet ordinary rituals are meaningful. They point to the necessity for mankind to rest, refresh, and reflect.

Take dinnertime, for example. Sharing a meal with gratitude during the ebbing hours can be rejuvenating to all aspects of personhood.

By the dinner table in my home, there is a large window that overlooks a breezy bayou. It’s moving to watch the changes of days, nights, and seasons as we gaze through it. There are also several paintings hung on the walls: portraits, still lifes, and landscapes, thought-provoking to look into. We rotate them periodically because fine art is a fine aid to reflection and appreciation for life.

Hans Fredrik Gude was a Norwegian fine artist particularly skilled at painting reflections. Born in Christiania (now Oslo, Norway) on March 13, 1825, and deeply influenced by his homeland, Gude became a master of seascapes. He used his gifts to study water, nature, and light, in order to pay tribute to the beauty of life. His work never underwent a drastic change in style. Rather, it grew like a good man, steadily maturing until his paintings became a worthy contribution to humanity’s view.

In early student life, after studying with the artist Johannes Flintoe, Gude was encouraged to attend the Academy of Art in Düsseldorf, Germany. Upon application in 1841, however, he was rejected. Not only was he turned away, but he was also advised by artist and professor Johann Wilhelm Schirmer to give up. Instead, Gude attended private lessons. In 1842, he was finally accepted into the academy, entering Schirmer’s relatively new landscape painting class. At first, Gude was considered a fairly average student. Gradually, he progressed to being described as “very talented,” though he often struggled to see eye to eye with Schirmer.

Slowly, Gude developed into an accomplished landscape painter, though he was unable to render realistic figures. Perhaps because viewers are prone to scrutinize their own forms more distinctly, and perhaps because the human form is so wonderfully complex in its creation, figurative art tends to be more challenging to master than landscape or any other painted subject. Early into his career, Gude struggled to capture human likenesses to the point where he needed to collaborate with another artist, Adolph Tidemand, to paint the people in his compositions. He came up with a solution to complete his work, and he kept practicing. Gude studied and worked until he was able to master not just landscapes, but also figurative scenes.

In 1854, at the age of 29, Gude was hired as a professor of landscape painting at the academy in Düsseldorf. Several more prominent artists turned the position down on account of its lower pay, but Gude was grateful for the steady income and became the youngest professor there. He also replaced his former teacher, Schirmer.

During the first part of his career, Gude tended to work from short sketches of landscape subjects that, once begun, were rendered and finished almost entirely in the studio. This was different from prevailing trends in Britain, where plein air painting (art created outside while observing the natural subject) began to be more celebrated. Thus, when Gude exhibited his work in the prominent art circles of London in 1863 and 1864, it received poor reviews. He was not bitter about the hard reception. Once again, he chose to learn from his lack of success, saying, “My English stay was of great benefit to me in that I freed myself from many of the prevailing studio maxims by being alone and in a landscape so new to me that it forced me to observe more keenly.”

Later, when he went to accept additional professorships, he was noted for encouraging budding artists to work more directly from life. Paintings created en plein air tend to be more stirring and authentic. Gude learned to appreciate the splendor of creation firsthand. It seems his vision grew stronger as he learned to view the world with humble wonder.

Overcoming rejection, inability, and even mediocrity, Gude became a professor at three different German universities over a span of 45 years. Gude produced many of his great works while also working eight-hour days as a professor. Because Gude was strongly affiliated with German academia, critics and competitors sometimes suggested he wasn’t truly a Norwegian artist. Gude was offended by the suggestion. He was in fact passionate about his heritage and became a notable mentor to many Norwegian students. The effects of Gude’s Norwegian upbringing remain profoundly evident—especially in his seascapes. He was also criticized for being an academic painter at a time when tides were turning away from such modes.

Gude didn’t apologize for being a traditionalist. He was often slow to change and thoughtful in consideration. Once the tenacious artist came to understand a good way forward, his paintings would become more prodigious than the works of others who simply followed trends. Gude remained faithful to observations about life, choosing neither to idealize nor to distort. He faced the regular struggles of work and life with determination. He accepted the slow pace of positive growth, season by season, task by task. In this way, he left a record of humble perseverance that embraced the truth and yielded fruit.

Gude became the recipient of medals and honors including the Grand Cross of the Order of St. Olav. Today, he is remembered as one of Norway’s greatest landscape painters. His majestic scenes remind all viewers that between dawn and dusk, mountain and sea, youth and old age, the cycles of life aren’t simply circular. We are, in fact, on a linear journey. There is an alpha and an omega. No man nor woman can see all the way to the beginning, nor to the end, but what we can do is reflect on life, and grow, effort by effort. In diligence and humility, fathomless beauty might be found.